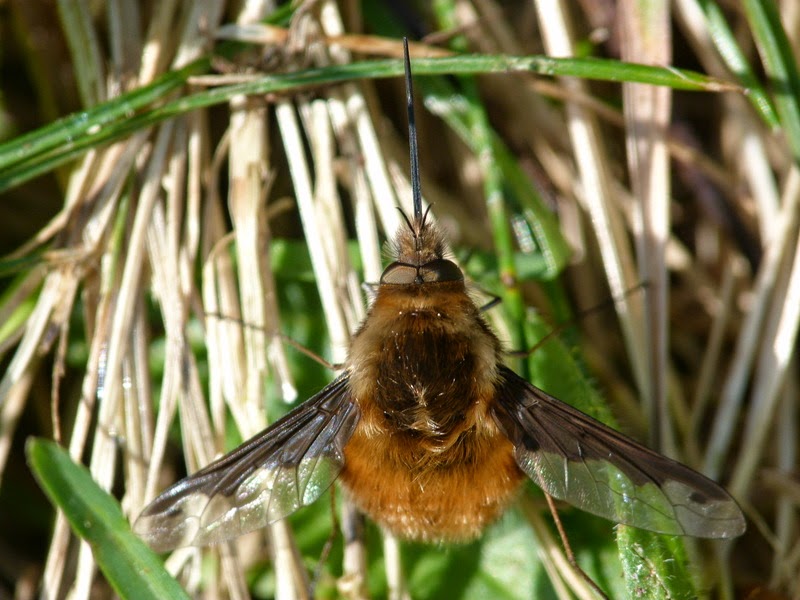 The bee-fly (Bombylius major) is a curious little insect which is quite quite common in early spring. The adults do not fly for long so there is a limited oportunity to see them, just during the month of April each year. It is furry like a bee and yet is a true member of the order diptera, common flies, hence its common name of the bee-fly. There are twelve species of bee-fly in this country but this is the most common.
You will find this insect around
woodland clearings on spring flowers, especially primrose and ground-ivy whose flower heads seem to suit feeding with that long proboscis. Slow motion photography has shown that they actually cling on to the flowers with their front pair of legs whilst giving the appearance of hovering.

They lay their eggs near the nests of beetles, solitary bees and wasps as the larvae are parasitic on such species. They are harmless to humans (and other animals for that matter) although that long snout looks like it could give you a nasty sting or bite!
Related Post:
The wood ant passes the acid test 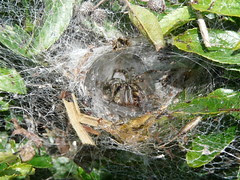